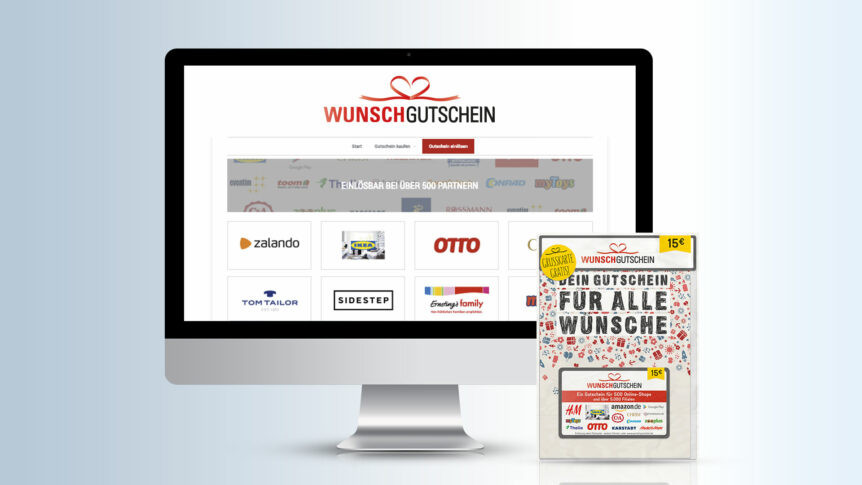 During the past financial year WISHCARD gained  more than 20additional redeeming partners. These include strong, well-known brands such as Google Play, Napster, and C&A, but it will soon also be possible to donate to a number of philanthropic organisations including Ein Herz für Kinder and the WWF. With these additions, 96% of all relevant partner shops in the voucher business are now on board.

„Thanks to the sweeping success of our WISHCARD, we’ve managed to achieve a high degree of name recognition amongst end users. With the addition of these new partner shops, we can now ensure our cards are redeemable at all the places our customers want,“ says CEO Valentin Schütt.

Gift vouchers now most popular gift in Germany
Germans were very much in a buying mood during the 2017 Christmas shopping season. On average, they planned to spend 266 euros on gifts. This is what the study „Christmas Gifts 2017“ by Ernst & Young reported. According to the survey, gift vouchers are becoming more and more popular.

By the end of 2018, the WISHCARD will be available at all large, well-known retail outlets in Germany, and when sales are at their highest during the Christmas season, special holiday-themed displays will be placed in the lucrative spot near the checkout.