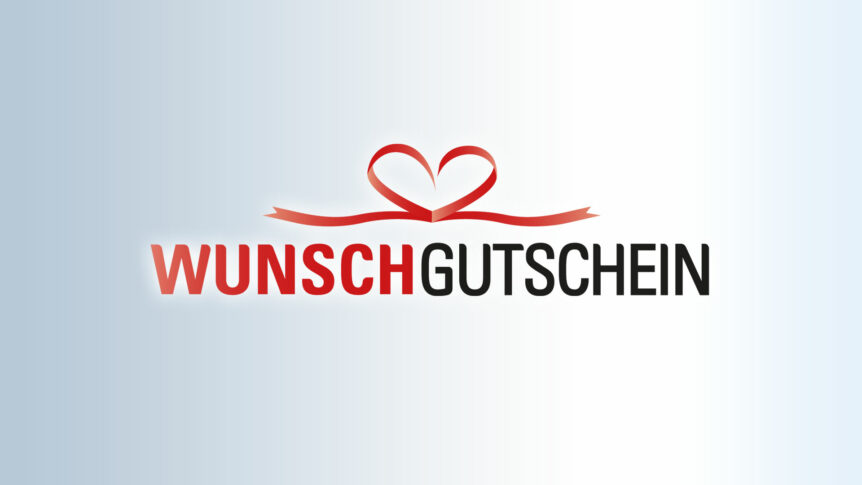 Gift vouchers: Germany’s most popular gift this Christmas
Germans are very much in a buying mood during this Christmas shopping season. On average, they plan to spend 266 euros on gifts. This is what the study „Christmas Gifts 2017“ by Ernst & Young reported. According to the survey, gift vouchers are becoming more and more popular. One reason is that many people just can’t think of what to get people and would rather let them decide for themselves. But even a voucher normally needs to be selected by the donor. Not so with the WISHCARD, where receivers are free to decide in which shop they wish to redeem the voucher. Retail partners include over 500 well-known brands such as Amazon, Zalando, H&M, iTunes, Thalia, MEDIAMARKT, IKEA, and many more.

On average, the 1,000 respondents to the EY study are planning to spend 72 euros on vouchers or cash gifts, six percent more than in last year’s survey. This means that Germans plan to spend far more on gift cards than any other item on their shopping list this Christmas.

But with a classic gift card, the donor still selects the store where the receivers can choose something. With the WISHCARD, the customer gets a voucher redeemable with any of 500 partners combined with a free greeting card and envelope, while paying only the value of the voucher itself: 15, 25, or 50 euros. There are various greetings card designs for every occasion.

„A considerable number of traditional gift vouchers are never redeemed. People are often not interested in redeeming them. Because while the selection in the shop chosen by the donor may be great, in many cases the receiver just doesn’t need those things. The WISHCARD principle therefore clearly works better, since the receiver has a choice from among several hundred companies. So they can buy what they really need or whatever they want – and wherever they want, too. And so our redemption rates and satisfaction rates are many times higher,“ explains Valentin Schütt, CEO of Digital Wishes GmbH.